How to sew haneri on juban 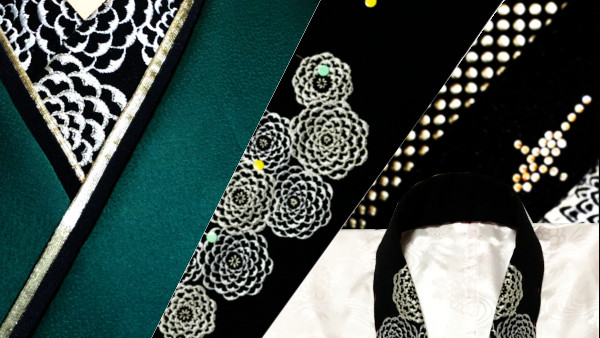 Haneri or a decorative collar is a piece of fabric.

The decorative collar protecting from dirt cannot be seen much, but it plays a very important role. By changing the color of the neckline, you can add your originality to your kimono style and enjoy a different impression.

Changing haneri is a must in wearing kimono. So I share you how to sew haneri collar on the collar of juban.

Actually we have two ways to put haneri on the collar of undergarments.

They are using thread and needle or a double sided tape. 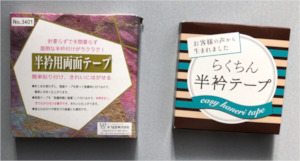 If you are in the following situation, you should sew it.

At first, remove the current haneri. Confirm the finish position of patterns beforehand.

This is the order of sewing haneri

Sew both ends and crease the seam allowance 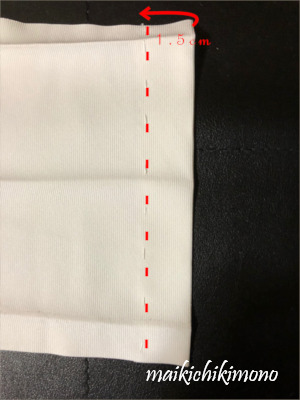 1. Roughly stitch both ends of haneri.

3. Make a crease by ironing. If it is a delicate fabric, cover it with a press cloth or iron on a low temperature setting.

4. Do the same thing for the opposite side.

5. Fold the edge along the crease and pin it in the seam allowance.

Sew haneri on the collar of juban 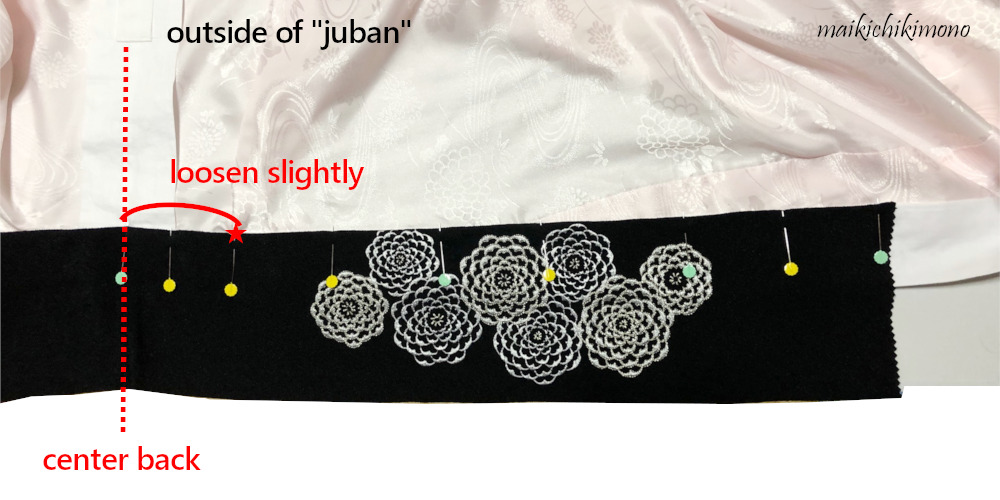 6. Turn the haneri over (now you are looking at the front side of haneri and juban) . Match the center line of haneri to the center back. Place the folded line along the neckline and pin again. The collar will bend outwards when wearing, so you make haneri slacken a little between the center and the red star. 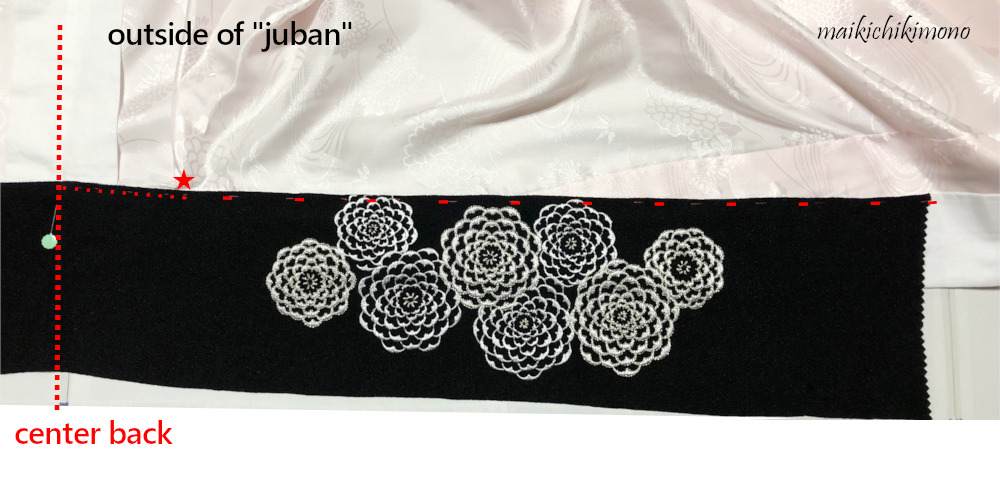 7. Sew haneri along the neck line. Finely stitch it from the center back to the red star, and the other part is sewn roughly.

If you take a lot of seam allowance, erishin collar stiffener will not enter. Check the size of your erishin.

8. Sew the other side of haneri. This is the view after sewing. 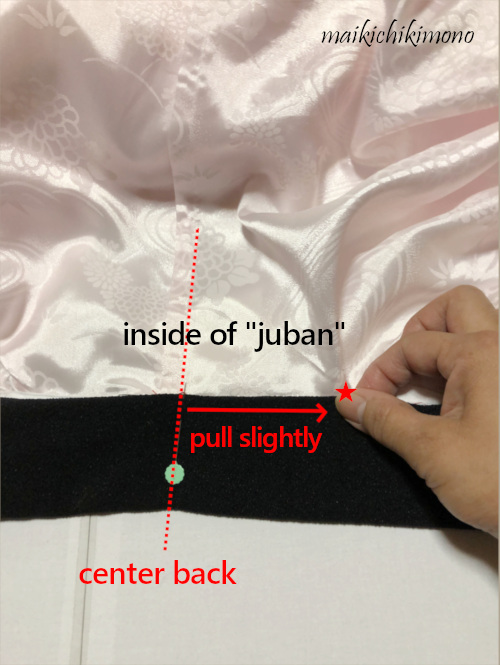 9. Turn  juban over. Now you are looking at the  back side (inside of juban). Fold firmly haneri along the neckline and pin it. Pull slightly between the center back and the red star because the collar will bend inside.

10. Pin the haneri and stitch hiding the stiches. 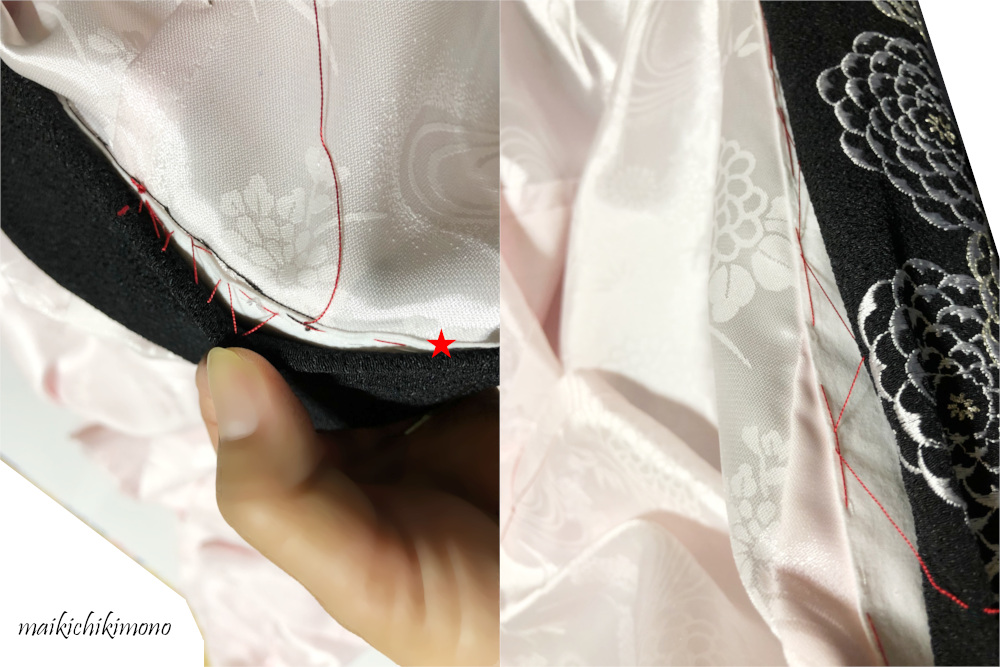 11. Part of the curved neckline should be stitched finely (between the center and the red star) . The other part should be sewn roughly.

12. Do the same thing for the opposite side. Then finished!

13. Insert erishin collar stiffener between haneri and the collar of juban. 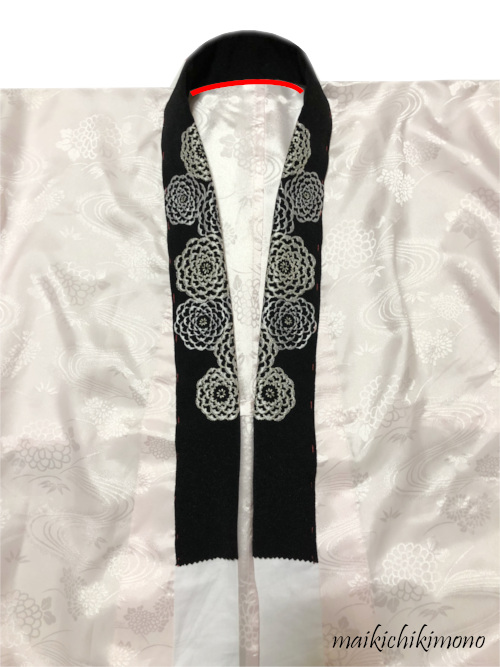 14. The red line can be seen, so please check the following. 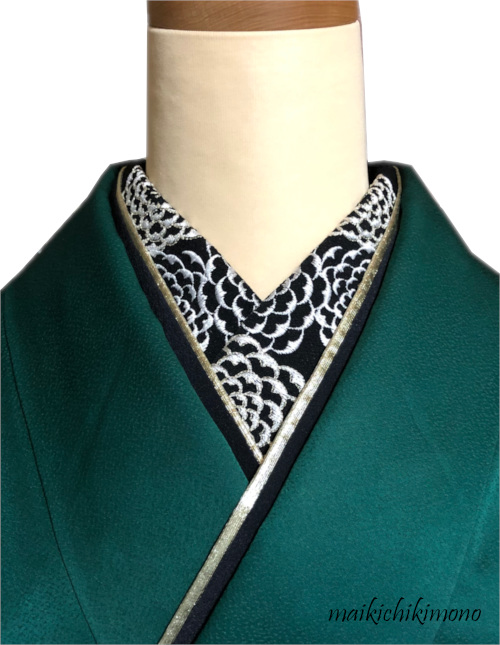 The degree of slackening and pulling changes depending on the fabric.

It is easy and stress-free to sew a bias-cutting haneri.

Now, let’s go to the next stage, How to put on nagajunan!

Filed Under: How to kimono, Kimono accessory
Tags: haneri, kimonocollar, sewing
Padding for wearing kimono
How to put on nagajuban : one piece 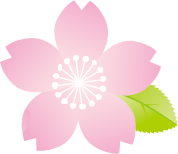